I was one of only 6 magicians asked to audition for a Nationwide Belle Tire commercial.

Some of the places I've performed at: 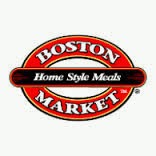 Kirk in the Hills Church